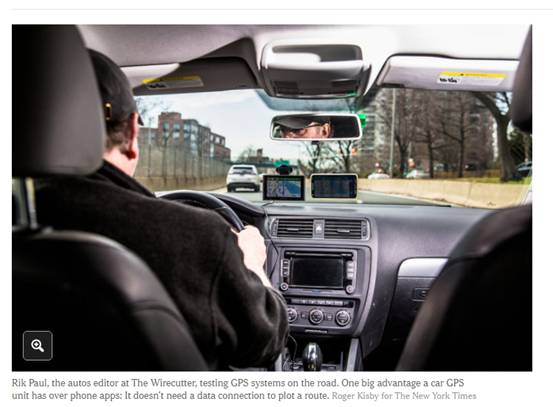 Long idling times for vehicles, joyriding and other misuses — a 2014 J5 Broaddus study of Global Positioning System (GPS) data from trackers mounted on Columbus city vehicles found these and other inefficiencies.

As last week’s conversation surrounding Oktibbeha County’s potential purchase of GPS implements to track its own vehicles and equipment turned to the effects of how monitoring employees’ performance will affect morale, Columbus Public Information Officer Joe Dillon said his city’s experiment with the trackers has helped officials better understand its maintenance and police departments.

Dillon said GPS trackers are utilized in many, if not all, Columbus Police Department vehicles but did not have an exact count Monday. On Tuesday, Public Works Director Casey Bush said the devices are installed on eight of his department’s vehicles.

While the two departments’ usage of the devices have helped with employee performance issues, Dillon said they are an asset simply for better general operations.

Bush, for example, pointed out a past experience when a resident complained a city work crew broke a home’s window. Officials analyzed GPS data after the report was made and determined a city crew was not positioned in that area the entire week, he said.

“The initial goal was never for employee discipline. Instead, it’s used as a way to help schedule work crews and to see how long it takes to do certain jobs in certain areas,” Dillon said. “With anything that’s not emergency work, it’s typically scheduled by certain days of the week for certain wards — a rotating schedule. We do our best to estimate, on paper, how long something will take, but the trackers are a good way to actively see how long a project takes so that in the future we can better schedule the people and equipment.

“The city runs into the same thing everyone else does: You hope and plan for a project to take a certain length of time,” he added. “There are so many unknowns that can come up that many times it takes double the amount of time you estimated.”

While some Columbus workers reported they did not like having their day-to-day actions monitored, J5 senior project manager Robyn Eastman said the data produced from GPS tracking helped Columbus eliminate inefficiencies and carve out problematic employee habits.

The 2014 study based on GPS tracking data and observations by J5 officials found numerous issues: vehicles idled for long periods, wasting gasoline; one crew drove 102 miles in a day, never leaving the city limits and never traveling more than 34 miles per hour; and long, off-site lunch breaks, among others.

“There’s a saying that character is what we do when nobody is watching. A lot of times, there’s no sense of ownership (with government-owned vehicles and equipment). We take care of our own cars and trucks because they’re ours. Some of the workers thought it was ‘Big Brother’ looking over their shoulder and hated it, but the city can save money by eliminating inefficiencies,” Eastman said. For governing bodies to successfully utilize the data produced by GPS trackers, Eastman said a point person must be identified to handle the information and convert it to usable metrics for leaders to act upon.

“It’s meaningless without somebody doing something with the data. A single person can manage a fleet, track maintenance costs and know how frequently a vehicle is out of position. It’s a lot of information, but I think it’s critical councilmen or supervisors see monthly or weekly data rollouts of their departments,” he said.

Oktibbeha County supervisors pushed action on purchasing a number of the units to May after questions about how the devices will affect morale emerged.

While District 2 Supervisor Orlando Trainer did not completely rule out the idea, he said such a move could affect workers’ productivity by “implying (they’re) not doing what they should be doing.”

Representatives of Security Solutions are expected to be invited to Monday’s board of supervisors meeting to discuss its company’s quote for 25 units at a monthly $25 per-unit rate. The board has not yet indicated exactly how many devices it wishes to purchase.